GINKO tour was held to create haiku while finding Morioka’sattractions. 23 people joined the tour along with Ms. Terry Ann Carter, one of the judges of the English haiku section. The tour started from an ancient Japanese style house, now known as Takuboku Newlywed House. Takuboku (1886-1912), a famous tanka/haiku poet who represents Morioka lived in this house when he just got married. The tour was followed by Mitsuishi Shrine, Iwayama Park, Kaminohashi Bridge and Morioka Castle Site Park. It was a hot summer day in Morioka, but all the participants seemed to have incorporated even that heat into their poems. 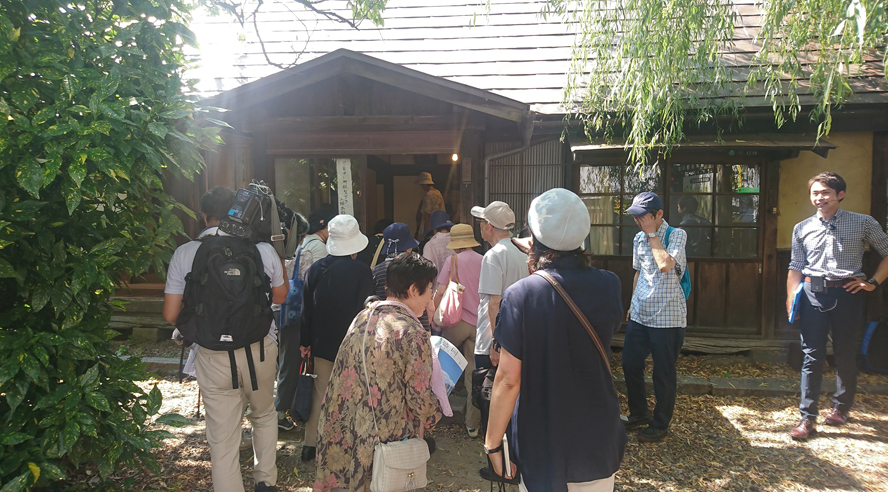 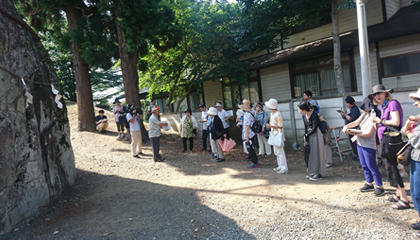 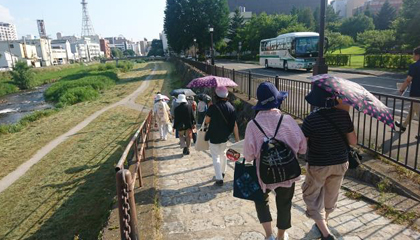 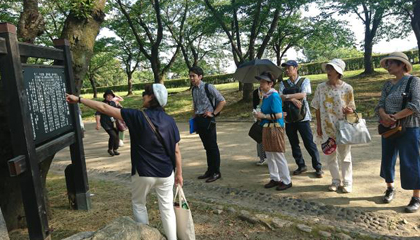 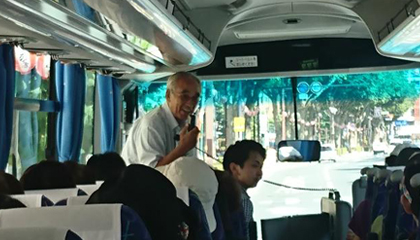 Inside the tour bus 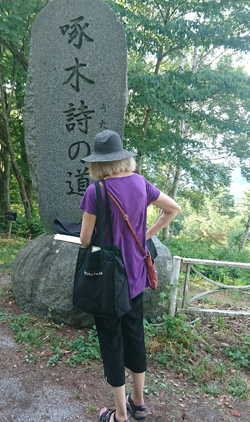 The venue was Odashima-gumi☆hall located on the 7th floor of Iwate Prefectural Citizens Information Exchange Center (Aina). Ms. Itsuki Natsui, a popular Japanese poet and essayist gave her talk on the stage. Ms. Terry Ann Carter joined the contest as a judge from Morioka’s twin city, Victoria, B.C. Canada. She introduced attractions of English haiku and its popularity in North America. 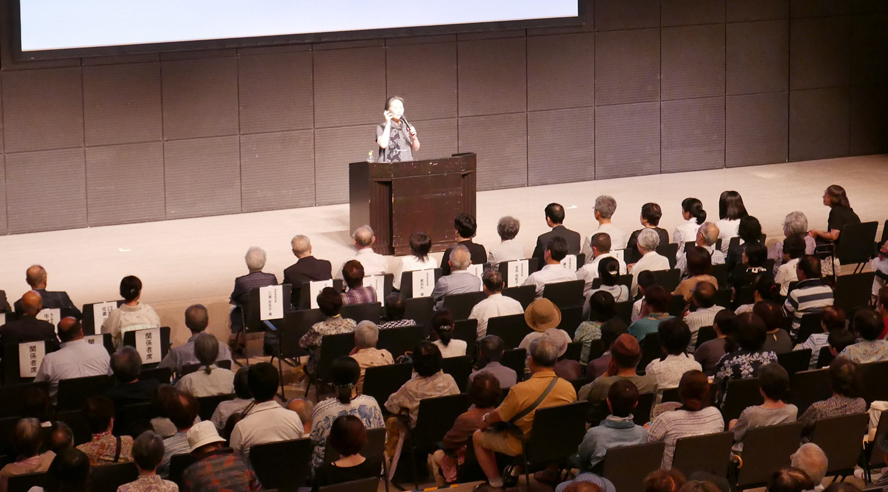 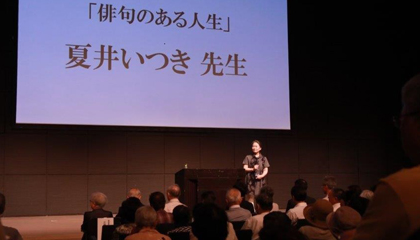 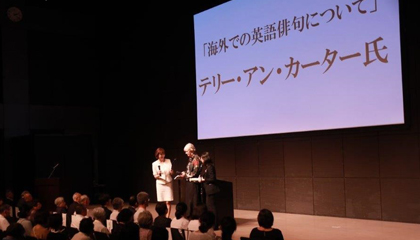 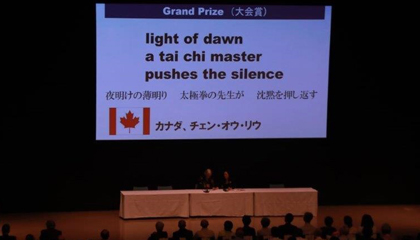 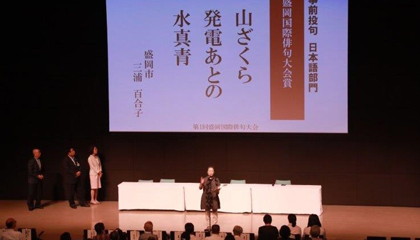 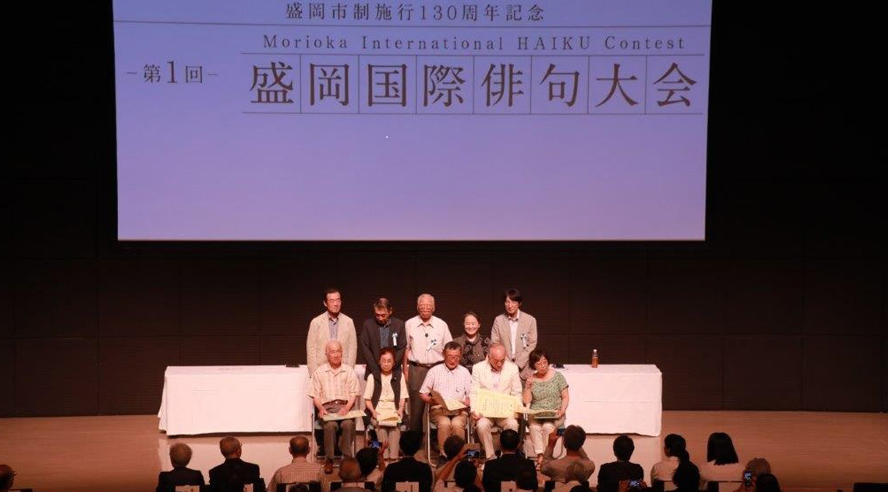